It’s been a while… I’ve been a bit busy to put it mildly!

These past few weeks have been very intense. The first week back from vacation was like going from 0 to 100 in 5 seconds. We’ve officially entered into that period in time where every blog post I say that we’re preparing for Open House and I’m super stressed out and blah blah blah. As if that isn’t enough, they decided to move Student-led Conferences to this month as well. I also have to give a big presentation for all of the first and second grades on my India trip. If I survive this month, I will walk away from it like a badass like they do in the movies when the car blows up behind them and they just keeping walking away in slow motion. 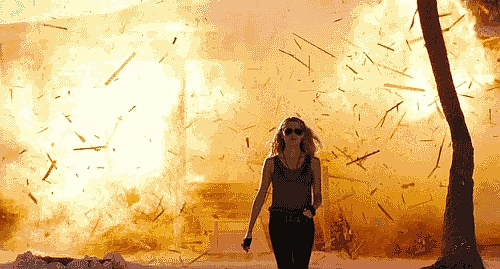 It was exactly what I had asked for because Redland is drastically different from Santiago College. It’s a super traditional and old school, like they still have somebody physically ring the bell after each period. There were only 2 classes per grade level. At Santiago College, we are starting to integrate 6 classes per grade level, so you can imagine my shock at how small the school was.

I observed some kinder, first and second grade classes. I was surprised to find out that they only have 11 hours of English each week. I was surprised because I was very impressed with the level of English they were speaking in second grade. And also, my friends who went to this school have very good English. Overall, I saw great things from this school and I was so lucky to have been invited. I really enjoy observing other schools to see how they function and find new strategies I can apply to my teaching.

Nothing really new going on here. I’m sick again but like I said, that’s nothing new. Flo’s wedding is coming up and I’m so stoked!! León is doing great and is very happy.

Also, I never got to share the fact that IT SNOWED about a month ago... that's not supposed to happen...

^^ Very common mistake. Los padres = parents, padre = father. So when they are translating in their heads, they often think mis padres = my fathers.

^^ "Dear father and dear mom, I want to say that I don't have games, me compran (can you buy me) games?" Instead of writing a nice note to his parents, he saw an opportunity.

^^ Why we only take the glitter out once a year...

All for now. Please send me some good vibes to get through this intense month.

Teaching in Chile vs. The U.S.